Due to popular demand, we held another open evening for new and returning members on Thursday 7 April which went really well. If you still fancy joining us then it’s never too late and now is a great time.  We’re a non-auditioning choir so if you fancy it, contact us through our social media or Email GayChorus@gmail.com or just turn up any Thursday 7.30pm at Roath Church House. 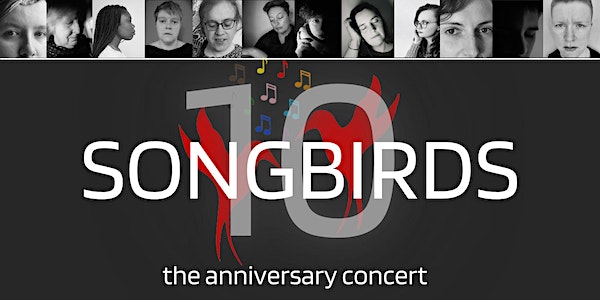 Come along and join us as we perform a guest set at the tenth anniversary concert for our friends ‘Songbirds’. Tickets can be found below

‘Together Again’ –  our first concert in over TWO YEARS!

We were delighted to be back on stage in our first public performance for what seemed like forever, as we proudly presented ‘Together Again’ at the Royal Welsh College of Music and Drama on 2nd April.

We hope those of you that managed to make it enjoyed watching as much as we did performing. We took lots of pictures on the day